You are here: Home1 / Delano Office For other questions please send us a message using the contact form. 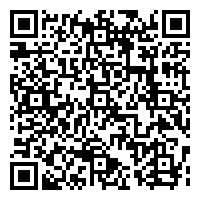 We are committed to continuously improving access to our goods and services by individuals with disabilities. If you are unable to use any aspect of this website because of a disability, please contact 763-972-4444 and we will provide you with prompt personalized assistance.

Delano, Minnesota, is located on the western edge of the Minneapolis-St. Paul Metro area, 35 minutes from downtown Minneapolis via US-12/I-394 to the urban core on the east and is located within about an hour of surrounding communities like Glencoe, St. Cloud, and Litchfield. This central Minnesota city of 5500 lies on the Crow River and is on the US-12 corridor to South Dakota. It was named after Francis Roach Delano, first Territorial State Prison Warden and first Superintendent of the St. Paul & Pacific Railroad, two years after its founding in 1868. “F.R.” Delano was a player in bringing the railroad and the “rapid transit” of his day to the village in 1868. Delano invests in education, not just business. Forbes Magazine identified Delano’s school system as “Best School for Your Housing Buck” in 2013, placing it at the top of all U.S. schools. Its students outscore other school systems regularly on college entrance and standardized tests. Two parochial schools augment the educational fabric of the community.

The community is known for its commitment to civic-generated activities and has sported an Independence Day celebration since 1867 which today lasts for several days. The July 4th events include live entertainment, races, carnivals, fireworks, parades, and a myriad of other activities, swelling the population annually with Minnesota’s largest July 4th recognition. The units in the parade alone, many coming from outside the city, exceed 100.

Your Orthodontist in Delano

Dr. Mike McDermott specializes in orthodontic services in Delano. McDermott Orthodontics employs both conventional braces and the Invisalign system for treatment options for any patient at any age.